The use of salt in freshwater tanks has recently been a controversial subject of some debate. This article is intended to give some objective information so that the beginner can make their own decision.

First off, some definitions. When we speak of “salt”, this is a confusing term, because salts are a large heterogeneous group that consists of any ionically bound elements or compounds. The salt that most freshwater aquarists mean to speak of, however, is NaCl (sodium chloride).

THIS SHOULD NOT BE CONFUSED WITH MARINE SALT, WHICH CONTAINS BUFFERS THAT ARE VERY HARMFUL TO MANY FRESHWATER FISH. Table salt is basically also NaCl, only with iodine added (the myth that iodized salt is harmful fish is largely false… iodine is a natural element that is needed in the diet of all fish, and is actually a supplement in many fish foods… the only thing in table salt of real harm to FW fish are the decaking agents, which are very low in concentration).

The reasons that some aquarists use salt in their FW tanks (usually at a concentration of 1 tablespoon / 5 gallons… do not confuse this with “brackishness” as this is a much lower concentration, and true brackish tanks use mostly other types of “hard” salts… see warning against marine salt, above) as a general preventative to disease are as follows:

THE GENERAL RULE IN ANY TANK, ESPECIALLY THAT OF A BEGINNER, IS TO STEER CLEAR OF ADDING ARTIFICIAL ADDITIVES UNLESS ABSOLUTELY NECESSARY. Salt in many tanks is not… in a livebearer only tank (such as one with mollies, swordtails, guppies, or platys), I would consider recommending it (these are moderately hard water fish which like electrolytes in their water… some, such as the molly, from it’s Yucatan peninsula natural habitat, actually prefer it because they are semi-brackish), but since so many community tanks contain more delicate, soft water fish such as the neon tetra, I usually do not. Please consider all your fish carefully when setting up a tank environment, as harmony in a mini-ecosystem is extremely difficult to achieve and any one thing can throw it off. The (bolded) note on chemical additives goes not only for salt addition, but also for medications, pH up/down solutions, snail/algae eradicator, etc… if you are a novice and not entirely familiar with what you are adding, USE GREAT CAUTION, and educate yourself completely on the potential effects (some of which are unpredictable) of that product before you add it. 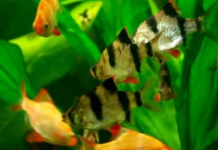 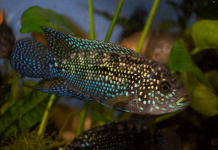