It is an oddball Fish Best Suited to a Large specimen display tank. An electric catfish is the common name for the catfish {order Siluriformes} family Malapteruridae and Paradoxoglanis. There are 19 identified species and several have the ability to produce electric shock of up to 350 volts using electropaques of an electrical organ

Occurs in much of the Nile system

General Body Form:Malapteruridae is the only group of catfish with a well developed electrogenic organ. Electroreceptive systems however are wide spread in catfishes. The electrogenic organ is derived from anterior body musculature and lines of the body cavity. Electric catfish do not have have dorsal fins or fin spines. They have three pairs of barbels They can grow as large as 100 centimeters{39 inches}and about {44lbs}in weight. Most malapterurids are dwarf species less then {12 inches}All paradoxoglanis species are much smaller. Body is cylindrical and wide and short snout-grayish brown with black spots that turn white or cream as it matures. The lips are thick,eyes are small and nostrils are spread far apart. Males are thinner then females.”They look like an uncooked sausage” 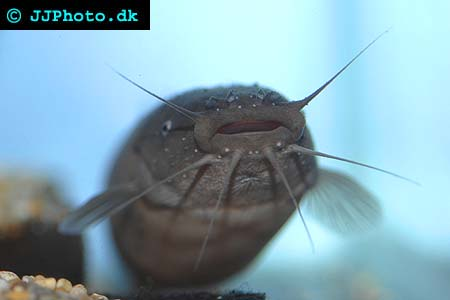 Maintenance:The Nile electric catfish fish was well known to the ancient Egyptians, they have depicted the fish in their mural drawings and elsewhere. The shock that the electric catfish can generate is not known to be fatal to humans. It discharges electric shocks to immobilize prey and defend itself. At the baby stage the electric shock is more like a tingle but adult electric organ is capable of generating 300 to 400 volts.
Diet: carnivorous, garden worms, frozen bloodworms,shrimp and Krill. They can be gluttons so do not overfeed. They can also adapt to dry pellets.
Set up: Nocturnal in nature the specimen tank should be dimly lit and contain rock formations and driftwood to allow areas to hide. The substrate should be soft as they have no scales and can easily be injured. As they tend to burrow all plans should be well rooted.

Generally found among rocks or roots in turbid or black waters with low visibility. They favor sluggish or standing water. 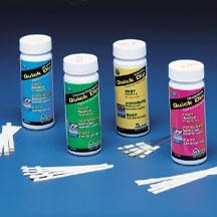 Aquarium Test Kits, their function and use