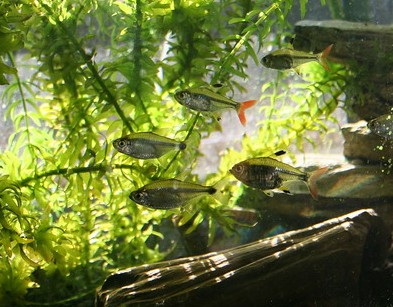 Pristella maxillaris is one of the more popular tetras in the hobby. A hardy species, it can tolerate a wide range of water conditions. This makes the Pristella a good community fish for new aquarists.

The Pristella Tetra is a great choice for beginner fishkeepers as they are fairly hardy and can tolerate a wide range of water parameters. It is important to keep a group of at least 6 for it to feel at home. The Pristella tetra is very peaceful and in a school, is quite lively. However, it won’t compete well with highly active, or large fish. It combines well with other South American species, such as other small tetras, pencil fish, hatchet fish, dwarf cichlids such as Apistogramma, Corydoras and small Loricariids. In a more general community, ideal tankmates are smaller rasboras, barbs, livebearers, loaches, Anabantoids and West African dwarf cichlids. 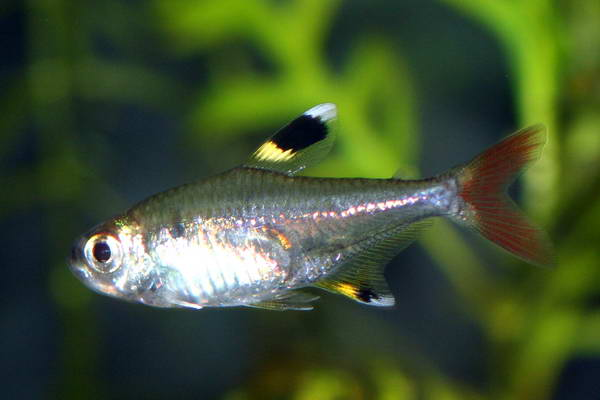 The Pristella spawns rather easily, but the fry can be more difficult to raise. You’ll need to set up a special breeding tank if you want to be successful. A tank measuring 18″ x 10″ x 10″ is sufficient. It lighting should be very dim and the females will need a safe place to deposit her eggs (300 – 400 eggs per spawn). Java moss or other fine-leaved plants are satisfactory. Ideally, the water should be soft and acidic in the range pH 5.5-6.5, gH 1-5. You can achieve soft water by filtering it through peat. The only filtration necessary is a small air-powered sponge filter. Because the adults will eat the eggs, they should be removed as quickly as possible after the spawn. The eggs will hatch between 24-36 hours later. The fry should be fed infusoria for the first few days, until they’re large enough to eat freshly hatched brine shrimp or microworm.

DIt lives in clear water streams and tributaries in the dry season. However, when the rains come, the heightened water allows it to move to into flooded savannah, where it spawns in the middle of the submerged vegetation. Unlike most other characins, it is tolerant of (and sometimes found in) slightly brackish water. 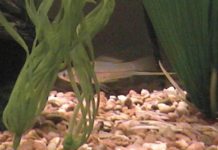 Swordtail Fish: All You Need to Know To Care For It